These small prints are all from the pre-war era, so this one was likely built by Hayes. It was still being installed when the photo was taken, so unfortunately there’s no name on the pylon to give a clue as to the address. The caption on the back does give the city as San Angelo, Texas.  This one’s interesting (and somewhat unusual) for the size of its kitchen addition, which is larger than the diner itself.  San Angelo was home to quite a few restaurants, and Valentines bore the “diner” name far less than their east coast counterparts, which can make them difficult to track down.  Going through a 1942 directory, I’d say the most likely candidate would be the Midget Inn, 405 S. Chadbourne St., just based on the name. 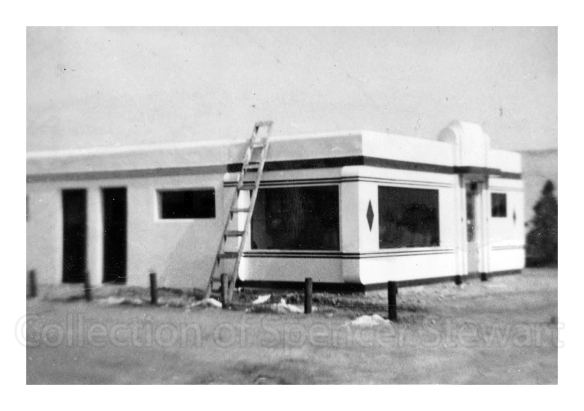 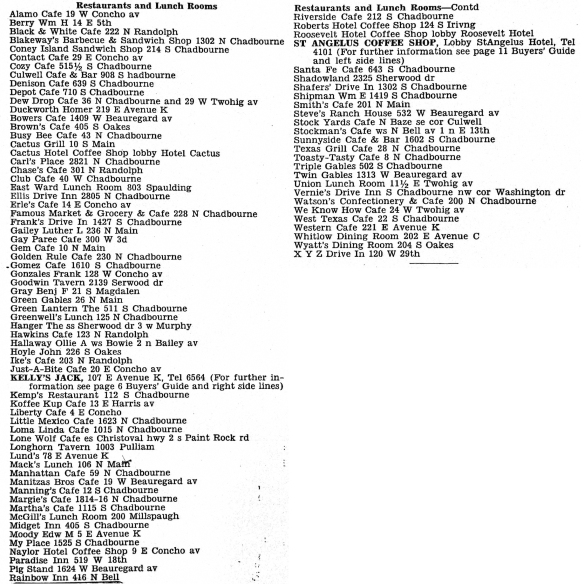